Some important names have won the UEFA Champions League winners as a coach and player. Let’s have a look. 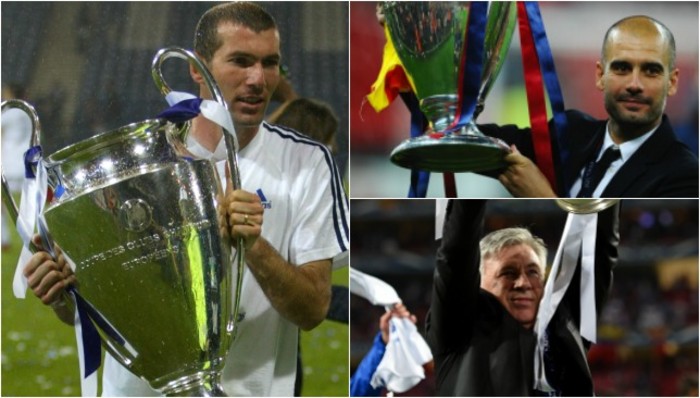 UEFA Champions League Winners Both as a player and coach:

Everybody is familiar with Johan Cruyff as he is considered the “Father of Complete Football”. The Ajax forward has won the tournament three consecutive times in 1971, 1972, and 1973. His playing style reflected in his coaching also. In 1992, the former Dutch International used his innovative tactics to bring the Champions League trophy to Blaugrana.

He has helped the Rossoneri’s to win two of their 7 European triumphs in 1963, and 1969. Later, he joined their arch-rival, Juventus as a coach and helped them to win the trophy in 1985.

Rijkaard has won the champions league three times with two different clubs. He won the trophy with AC Milan in 1989, and 1990, and with Ajax in 1995. His ability off the pitch brought glory to Barcelona in 2006.

Being omnipresent in the midfield, he has won consecutive titles with the Rossoneri’s in 1989, and 1990. He brought more glory to the club by winning the prestigious tournament in 2003, and 2007. His most recent success came for Real Madrid in 2014.

Guardiola is known for his tactics all over the world. It has helped him twice to win the UEFA Champions League winners for Barcelona. As a player, he has also been victorious in 1992 for the same club.

The current Real Madrid coach has previously been victorious in 2002 as a player for the same club. He returned the favor by winning a hattrick of the same in 2016, 2017, and 2018.

Check out: All the things you should know before the UEFA Champions League Final 2021.