Teams Facing in Round of 16 in Euro 2020: The final set of group league games are now over. We have got the 16 teams who will contest for the UEFA Euro 2020 trophy this year. All the speculations regarding which two teams will qualify from the group of death is now clear. France and Germany will progress as No. 1 and No. 2 teams from Group F with 5 and 4 points respectively. 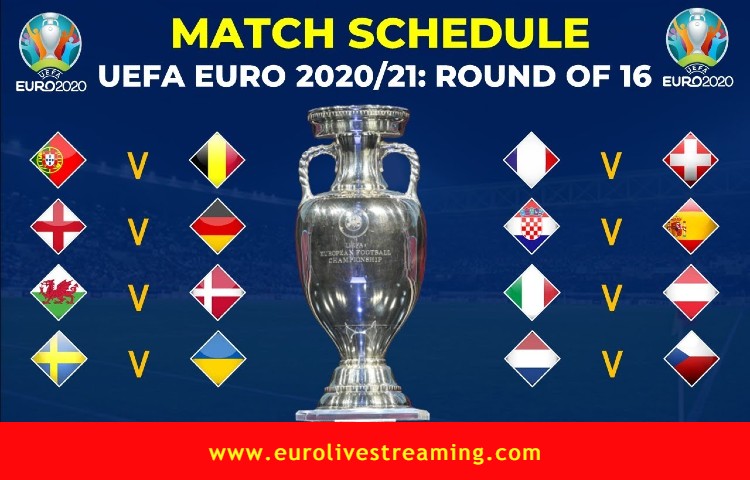 However, UEFA Euro 2016 winners, Portugal will once again progress to the next round as one of the “best 3rd placed teams” in the group stags.

Here is the list of teams qualifying from each UEFA Euro 2021 group to the knockout stages.

UEFA Euro 2021 is being played with 24 teams and 16 teams qualify from the group stages. After playing three matches, the top two teams from each group automatically qualify to the next round.

However, there four places remain vacant for the Round of 16. UEFA states that the “four best 3rd place teams” will advance to the next round.

How the best 3rd placed Euro 2020 teams are determined?

Points of teams finishing 3rd in the group are compared to determine who goes to the next round. In case of a tie, goal difference comes into play to decide the winner.

If you observe, you can see that Switzerland, Czech Republic, and Portugal managed to secure the highest points (4 points) among the six 3rd placed teams. Therefore, they qualify for the next round.

On the other hand, Finland, Ukraine, and Slovakia each managed only three points from the group stages of UEFA Euro 2020 Live. But, Ukraine has the best goal difference of -1 among the three teams. Therefore, they qualify for euro 2021 next round. 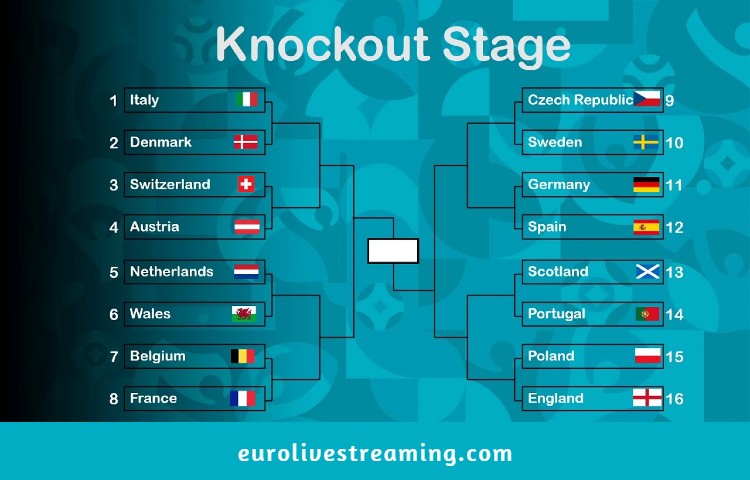 Depending on their group positions, qualifying teams are drawn against each other. UEFA declared the rules before the start of the tournament.

After the conclusion of group stages, we know the positions of the qualified teams. So, here how the matches line up along.

When are the Euro 2021 Knockout Matches taking place?

Here is the fixture: