UEFA Euro Official Song 2021: The official song of the UEFA Euro 2021 has been officially released. After popular numbers from yesteryears such as, “This One’s for You”, “Endless Summer”, “Can You Hear Me”, this year the world will grove with “We Are the People”.

Every year, the official songs UEFA Euro speak for people all over the world. It tries uniting the people through football. This year isn’t different. This year its significance is more than the previous years. 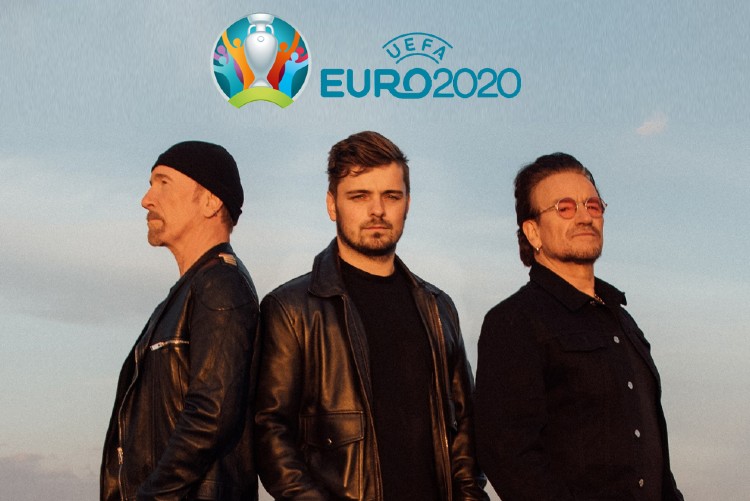 The pandemic time has kept fans away from stadiums for a long time. “We Are the People” focuses on the struggles and battles the world is facing right now and the unified reply against these obstacles. The verses are excellent and relatable to every human being. Fans all over the world can sing along with this beautiful number when the UEFA Euro 2020 starts on 11th June 2021.

This year, UEFA Euro 2020’s theme is Unity and the Uefa euro 2021 song is a great representation of the theme. Throughout the hymns of the song, a sense of fellowship can be observed. The emphasis is given to the hope, positivity, and willpower required by the teams to win the most prestigious European crown.

First time in the history of the competition, the tournament is set to be played in various European countries. This means less travel for the football enthusiast as well as the players amidst the pandemic. Fans will be eager to see their favorite stars performing live after almost 2 years.

Martin Garrix, the official music director of the UEFA Euro 2021 official song, is thrilled to be a part of the huge football fiesta. He has released statements explaining his joy in being part of the tournament.

The official song was released a few days back and was put on display on a giant screen at the Wembley Stadium in England. Apart from the official theme song, Garrix has also produced entrance music as well as television broadcast pieces of the tournament.

The song is a brainchild of Martin Garrix, the Dutch DJ, who chose to collaborate with Bono and The Edge. The lyrics of the UEFA euro official song 2021 are written by Bono and he further added his U2 bandmate, The Edge as part of the collaboration. The Edge has mostly done the guitar riffs on the song. Overall, the Uefa euro 2021 song is a good listen, and will fan will keep moving the song while watching their favorite team.

All of the producing members of the song “We Are the People” are said to be delighted to have made a special song about this year’s tournament.

UEFA officials had taken the initiative to engage the fans before the commencement of the tournament. Overall, it is a fantastic UEFA euro official song 2021 for football lovers.

Also Read: UEFA Champions League Winners: Both as a player and coach